Showing posts from August, 2017
Show all

Trump’s Pardon of Joe Arpaio and the Rule of Law. 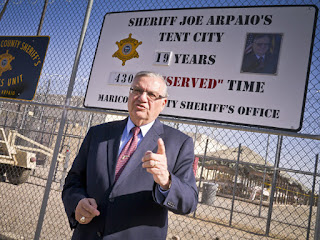 President Trump pardoned former Arizona Sheriff Joe Arpaio on Friday, a move many are calling an attack on the rule of law and another example of the President’s alleged cozy relationship with racism. Sherriff Joe Arpaio has always been a controversial and polarizing figure. Despite being reelected numerous times and serving as Sheriff of Maracopia County from 1996 to 2016, he has earned the scorn of many groups around the country and been the subject of Department of Justice investigations over allegations of racial profiling while enforcing immigration law on behalf of the federal government. A federal court eventually found him to be unlawfully stopping and arresting people based on assumptions about where people were from and their potential status as undocumented immigrants. A federal judge ordered him to stop these practices and after ignoring the injunction for several months he was found in contempt. This is what the President pardoned him for. Making his name as “
Post a Comment
Read more

Identity politics are born of racism and slavery, time to reject them. 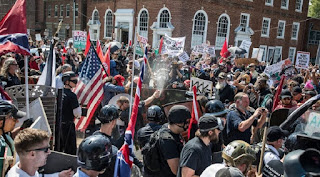 In a nation still so obsessed with race such as ours, where “white nationalism” and neo-Nazi buffoons still roam around making trouble, it is hard to imagine a time when the very concept meant something almost entirely different. Yet history shows us that before slavery grew in economic importance in the Americas, the clearest separation between groups of human beings was religion and nationhood. Europeans in particular, killing each other over the centuries as was their custom, saw themselves as vastly different peoples with completely divergent origins and destinies. It was only Christianity that united them, and even that was torn asunder in the barbarity of the 30 Years War. The very idea of a “white” race is an invention of the late 17 th century, created out of a need to prevent converted slaves from using their new-found Christianity to escape bondage. Soon after the founding of our nation and again as a means to protect slavery the Naturalization Act of 1790 made beco
Post a Comment
Read more
More posts